Are College-aged Prescription Opioid Addicts in Danger of Heroin Abuse (and How Can Treatment Help)?

Prescription drug abuse is a serious problem among college students, and the use of opioids is no exception. However, there is a particular danger that young prescription opioid users could turn to heroin, and treatment is often the best answer. Call 800-584-3274 Who Answers? now to find a rehab program that will cater to your needs and help you put an end to your drug use.

According to the National Institute on Drug Abuse, “Prescription opioid pain medications such as Oxycontin and Vicodin can have effects similar to heroin when taken in doses or in ways other than prescribed, and research now suggest s that abuse of these drugs may actually open the door to heroin abuse.” 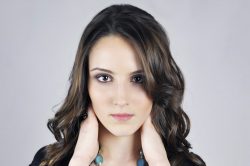 Young adults often use opioids to get high or feel less inhibited in social situations.

Three recent studies on this issue showed that nearly half of all the heroin addicts surveyed cite prescription opioid abuse as the start of this issue. The individuals who participated in the survey were all young adults.

College students often abuse prescription drugs to get high (opioids, sedatives, and stimulants) or help them perform better in something (stimulants and anabolic steroids). Others may use these drugs to try to loosen up at parties and feel less inhibited.

Unfortunately, the abuse of any of these prescription medications can lead to addiction, and anyone who abuses opioid medications has a chance of turning to heroin. This chance becomes significantly higher with younger crowds, as they are often looking for easier and cheaper ways to get their fix once addiction truly sets in.

Heroin is able to provide this, according to a study by the NIDA that states heroin is often cheaper and easier to obtain in many communities.

Young individuals who are out on their own for the first time often do not realize the severity of the consequences that might follow their actions. Abusing prescription drugs seems harmless, especially to certain individuals who do not believe a medication is as dangerous as an illicit substance. But abusing that medication can sometimes lead to serious issues, even the eventual abuse of hardcore drugs like heroin.

How Can Treatment Help?

Professional addiction treatment can actually help someone make a change and stop their opioid abuse early instead of allowing it to snowball into heroin use. According to the NIDA, the same types of medications and behavioral therapies are used to treat both prescription and illicit opioid addictions, and individuals can receive the kind of well-rounded treatment they need to be able to put an end to their opioid abuse and change their other problematic behaviors to better ones.

It is possible that a person can be treated for any type of opioid addiction, whether illicit or prescription, but it is normally much easier to treat a problem like this early on in its development. This is why it is so important to understand that prescription opioid addiction can lead to heroin use, especially in younger populations, and to ensure that someone who needs it receives treatment as soon as possible.

Do You Need Help for Substance Abuse?

Don’t try to weather your addiction alone. Call 800-584-3274 Who Answers? now to find rehab programs that can offer safe, reliable treatment that will help you get your life back together.