As you look into treatment options for your heroin, oxycodone, morphine, or methadone habit, you might get tripped up because the language keeps changing. In some instances, the addiction is referred to as an opiate addiction, in other cases, it is an opioid addiction? Can it be both? Is it one in certain circumstances and another in different circumstances? How do you know which one is correct and will not knowing have a negative impact on finding treatment?

Calm down. The basic answer is that the words both refer to the same thing, but we can get into a bit more detail than that.

If you are dealing with an opiate addiction and you need someone to answer your questions, help you find treatments, and direct you to resources, you can’t do better than Opiate.com. Give us a call at 800-584-3274 Who Answers? .

Opiates come from opium. For a period of time, the term “opiates” was reserved for those drugs that were naturally made from opium and “opioids” were those drugs synthetically produced to mirror the effects of opium. Now, the term opioid is used for all opiates, including natural, synthetic, and semi-synthetic.

According to the National Institute on Drug Abuse, “Opioids are medications that relieve pain. They reduce the intensity of pain signals reaching the brain and affect those brain areas controlling emotion, which diminishes the effects of a painful stimulus.” 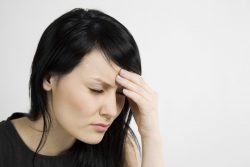 Dizziness and nausea are common side effects of opioids.

If you are abusing opiates, you are not alone and studies have the data to back this assertion up.

The Substance Abuse and Mental Health Services Administration (SAMHSA) reports characteristics of admissions and discharges from substance abuse treatment facilities in its Treatment Episode Data Set (TEDS). According to 2013 findings:

Primarily, opiates are prescribed to treat pain. Consequently, one of the major effects is pain relief. However, there are other, less desirable effects.

“Opioid Complications and Side Effects,” published in Pain Physician, identifies the following side effects:

Whether you call them opiates or opioids, the fact remains that any drugs used outside of a doctor’s specific prescription have the potential to do you harm. When you abuse those drugs, you are certainly putting yourself at risk. If you are ready to seek treatment for your addiction, it is time to call Opiate.com at 800-584-3274 Who Answers? .