What Will Lower Opiate Tolerance?

Opiate usage is commonly seen in people who need opiates to help them deal with severe pain such as morphine, or orally administered tablets that contain opium such OxyContin or Percocet. Opiates are also used by people who take them to get a high from the drug and are taken illegally, some of which are illegal all together such as heroin. 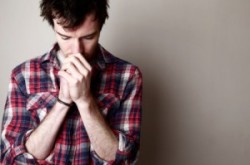 Lowering your tolerance to opiates will take patience and determination, but it can be done!

According to www.drugabuse.gov, in the case of heroin or morphine, tolerance develops rapidly to the analgesic effects of the drug. Tolerance to drugs can be produced by several different mechanisms, but in the case of morphine or heroin, tolerance develops at the level of the cellular targets. For example, when morphine binds to opiate receptors, it triggers the inhibition of an enzyme (adenylate cyclase) that orchestrates several chemicals in the cell to maintain the firing of impulses. After repeated activation of the opiate receptor by morphine, the enzyme adapts so that the morphine can no longer cause changes in cell firing.

Once a person has developed an opiate tolerance they will no longer feel the same effect of the drug if they continue to take the same dosage.

There is nothing that a person can take to help them lower an opiate tolerance. The only way a person can lower their opiate tolerance is to stop taking the drug or to take less of the drug than they were taking before. In order to do this a person should find other ways to deal with the reasons behind using the drug. For example, if a person is taking an opiate for pain, they may want to talk to their doctor or find another pain reliver to use for a while. After a person has got the opiate out of their system for a while or has decreased their dosage and their body has adapted to the lower dosage, their tolerance level will have lowered.