Opiates are highly addictive and form rapid dependencies when people abuse the drug. Once a person has developed an addiction to an opiate they will begin to experience numerous problems in their life including health concerns and behaviors of concern.

Once an opioid-dependent person decides to stop taking their opiate of choice, they will experience withdrawal symptoms. Opioid dependence causes changes in the brain, specifically to the opioid receptors which grow accustomed to having opiate drugs in the body. When an individual’s body becomes physically dependent on opiates, they will experience cravings for the drugs and will begin to experience withdrawal symptoms when their body is lacking in opioids.

According to the US National Library of Medicine National Institutes of Health: Medline Plus, opiate withdrawal typically includes, agitation, muscle aches, anxiety, insomnia, runny eyes, runny nose, excessive sweating, fatigue, diarrhea, nausea, stomach cramping, Goosebumps, and vomiting. While these symptoms are uncomfortable and sometimes painful, they are not life-threatening. Health Central says that withdrawal from opioids can feel like the worst flu imaginable with anxiety and restlessness in the first day and chills, sweating, and runny noses the following day. 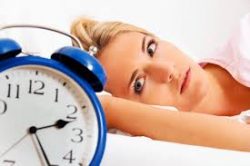 The duration of withdrawal depends on personal factors, but the worst symptoms usually subside within a week.

The opiate withdrawal duration is not a set in stone time frame, but typically the worst symptoms, usually the physical symptoms, will be experienced during the first three days of detox.

According to Medline Plus, the first opiate withdrawal symptoms will develop 12 hours after an individual’s last opiate use.  These first symptoms may include:

According to a Healthline resource, later symptoms which will develop after the first day of opiate withdrawal, and which may be more intense, include:

How Long Will These Withdrawal Symptoms Last?

The physical symptoms such as, nausea, vomiting, diarrhea, excessive sweating, and muscle cramping, are commonly experienced during the first week of withdrawal. Symptoms generally begin to subside after the first 72 hours, and after a week most physical symptoms will go away.

The most common psychological withdrawal symptoms, according to Harvard Health, are:

Although the opiate withdrawal duration may fluctuate between every addict, getting treatment at an opiate rehab will help a person go through their withdrawal, no matter the length, and help them receive the resources and support they need to maintain control of their life again.