Methadone maintenance and behavioral therapies are some of the longtime staples of opiate addiction treatment. But there are also some new options for rehab that could be beneficial to your long-term recovery from substance abuse. Call 800-584-3274 Who Answers? now to learn more about opiate addiction treatment and to find rehab programs that will cater to your needs.

According to the US Food and Drug Administration, in early 2016, the FDA approved the first buprenorphine implant for the treatment of opioid dependence as well. If you want to learn more about buprenorphine or find rehab programs that use it, call 800-584-3274 Who Answers? now. 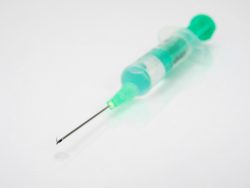 The treatments for opioid addiction are changing and improving every day, and chances are you will be able to build a treatment program that suits your needs along with the rehab center of your choice. But first you have to find the best option for your safe recovery. Call 800-584-3274 Who Answers? now; our treatment advisors are standing by.