Subutex and Suboxone are two brand name medications containing buprenorphine. However, there are some differences between these drugs. Call 800-584-3274 Who Answers? now if you or someone you love is struggling with a buprenorphine addiction and needs help. 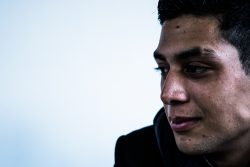 Call 800-584-3274 Who Answers? today for help finding safe, affordable, and reliable rehab programs where you can begin your recovery from opioid abuse. Don’t wait; it is never too early to begin your journey of recovery and put an end to your substance abuse.