Building up a tolerance to an opioid drug is a natural occurrence when you have been taking the medication consistently for a long period of time, but this type of effect can also be dangerous. Call 800-584-3274 Who Answers? now if you have been abusing dihydrocodeine or another type of opioid drug and need help.

Becoming tolerant to an opioid after taking it for a long time will occur with any type of use, even for those who take it as prescribed. But, unfortunately, someone who was taking their medication in exactly the way their doctor told them might begin abusing it as a result of tolerance.

According to the National Institute on Drug Abuse, tolerance occurs when “a higher dose is required to achieve the same effect.” Over time, someone who has been taking an opioid medication consistently will not feel the same effects from the same amount of the drug. This occurs because the drug changes the way the brain works, causing the brain to become less sensitive to the drug’s effects. In many cases, a person experiencing this will begin taking larger doses of the drug in order to feel the same effects, which is an act of abuse.

Does Dihydrocodeine Cause This Same Issue? 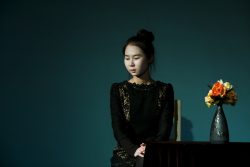 Taking dihydrocodeine over a long period of time will lead to tolerance.

Yes. Whether abused or taken as prescribed, if dihydrocodeine is taken often and consistently over a period of time (usually a few weeks or months), the user will become tolerant to the drug. And, as a result, the individual’s risk of abuse will increase. Even if the patient does not begin abusing the drug, they will need larger doses of the medication to experience the same effects, which can lead to more intense side effects, a more severe dependency on the drug, and other serious results.

What Should I Do About My Dihydrocodeine Tolerance?

Dihydrocodeine is usually found in Schedule III and Schedule IV medications, according to the Utah Department of Health. Still, anyone who takes it legally should be prescribed the medication by a doctor. If you are taking dihydrocodeine under a doctor’s prescription and are experiencing tolerance, it may be time to talk to your doctor about alternative options for treatment or whether or not you are ready to be weaned off the drug.

If, however, you have been abusing dihydrocodeine, seeking help is absolutely necessary. Without a safe, effective treatment program, you will not be able to ensure that you can put an end to your opioid abuse, which, if you are becoming tolerant to the drug, is likely leading to addiction.

Tolerance is a sign that you are becoming highly dependent on a drug and that you are at risk for abuse. Though it occurs even with normal use after a period of time, it is best to speak to a professional about your needs and to find out if it may be time to make a change to your lifestyle.

If you have been abusing opioid drugs like dihydrocodeine, now is the time to seek help. Call 800-584-3274 Who Answers? now to find safe, effective rehab programs that can help people like you stop abusing opioids.