Dihydrocodeine is not exactly the same as codeine, but the two medications do have a number of similarities when it comes to treatment and abuse. If you are struggling with an opioid addiction, it is time to seek help. Call 800-584-3274 Who Answers? now to find safe, reliable rehab programs that will allow you to put an end to your substance abuse.

Codeine is a natural substance found in the poppy plant along with opium and morphine. The substance is often formed into a drug that can treat mild to moderate pain, diarrhea, cough, and other issues. Codeine is often found in Schedule II and III drugs, but some can be as low as Schedule V. Still, codeine is always addictive if abused.

According to the U.S. Food and Drug Administration, dihydrocodeine is a semi-synthetic drug that is “a chemical derivative of codeine.” Dihydrocodeine is also used to treat pain and is often combined with weaker pain medications such as acetaminophen to increase its effects without increasing the opioid. Dihyrdocodeine is effective at treating pain, but unfortunately, it can also become addictive when abused.

Codeine and dihydrocodeine are similar, but they are not exactly the same. Because the latter is derived from the former, they will always have a number of effects in common. Dihydrocodeine is its own medication used for different purposes than codeine. 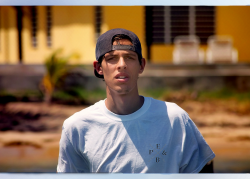 Both dihydrocodeine and codeine have a high abuse and addiction potential.

Though these drugs have a number of similarities, they are different, so it is very important to be aware of these differences if you are taking either type of medication. Remember, it is never safe to switch from one type of opioid drug to another without talking to your doctor first.

Do You Need Help for Opioid Addiction?

Call 800-584-3274 Who Answers? now. Our treatment advisors are standing by, ready to help you find effective rehab centers that will help you put an end to your substance abuse.