Anyone who’s undergone dental surgery or recovered from an injury may well have been prescribed hydrocodone as a pain treatment. Hydrocodone uses span far and wide, which accounts for why it’s the most commonly prescribed prescription opiate on the market. If you or someone you love is addicted to this drug, call 800-584-3274 Who Answers? for treatment help.

While hydrocodone does a good job at relieving moderate to severe pain symptoms, it does come with more than a few serious drawbacks that can place users at risk for hydrocodone abuse and eventual addiction. Understanding how hydrocodone works with the body’s pain management system can go a long way towards lowering this drug’s risk potential. Likewise, preventing hydrocodone abuse means following prescription guidelines to the letter. 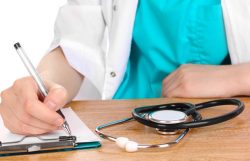 Hydrocodone is the most commonly prescribed painkiller on the market.

According to the Drug Enforcement Administration, hydrocodone ranks number one as the most commonly abused prescription opiate drug. Hydrocodone is marked under a number of brand names as a combination product, using acetaminophen, aspirin, ibuprofen and antihistamines as added ingredients depending on the purpose for the drug. Brand name varieties include:

While these added ingredients do qualify as non-opiate pain relievers, they do enhance hydrocodone’s pain-relieving effects. Compared to other opiate drugs, hydrocodone most resembles morphine in effect. Considering morphine exists as one of the most powerful opiates around, the potential for hydrocodone abuse is comparable to morphine’s.

Not sure if your insurance will help cover your treatment costs? Call our helpline at 800-584-3274 Who Answers? for more information.

Like most opiates, hydrocodone’s chemical makeup allows for near seamless integration within the brain’s chemical system. The brain actually houses its own opioid system made up of the body’s endorphin chemicals. In effect, the brain treats hydrocodone like one of its own, which plays into the risks associated with hydrocodone abuse. Deviating from prescription guidelines, be it in dosage amounts or frequency opens the door for hydrocodone abuse practices to begin.

According to the American Association of Pharmaceutical Scientists, these interactions enable the brain to develop an ongoing tolerance for hydrocodone effects at a fast rate. This means the drug’s effects tend to weaken over time so pain symptoms may gradually resume to a certain degree. As tolerance levels rise, larger doses must be ingested to produce the drug’s desired effects. Herein lies the risk for hydrocodone abuse.

When ingested, hydrocodone forces endorphin-producing brain cells to secrete abnormally large amounts of chemicals. This effect not only wears down brain cell structures, but also creates chemical imbalances within the brain over time. As chemical imbalances worsen, physical dependency increases in terms of the brain needing hydrocodone to carry out its normal functions.

In addition, in the event a person falls into hydrocodone abuse practices, he or she faces a very real risk of developing psychological dependence, which is essentially a developing addiction. In effect, rampant chemical imbalances have warped the brain’s cognitive and emotion-based processing to the point where a person’s thinking patterns, emotions, priorities and behaviors revolve around the drug’s effects.

For people recovering from severe pain symptoms, the temptation to up the dosage amount or frequency level can be overwhelming. Likewise, someone engaging in hydrocodone abuse for recreational purposes will have an even more difficult time resisting the urge to abuse the drug. Over time, the drug’s effects take on a life of their own further weakening a person’s ability to manage drug-using practices.

If you or someone you know struggles with hydrocodone abuse and have more questions, or need help finding treatment that meets your needs, please feel free to call our toll-free helpline at 800-584-3274 Who Answers? to speak with one of our addictions specialists.