Is Tramadol An Opiate?

Tramadol is sold worldwide under over a hundred different trade names ranging from Acema to Zentra. Though it belongs to the class of narcotic and pain relieving drugs that includes the naturally occurring opiates heroin, morphine and codeine, Tramadol belongs to a class of synthetic, opiate like drugs called opioids.

True opiates are derived from nature – the seed pods of certain kinds of poppy plants.  But opioids such as oxycodone, hydrocodone and tramadol are chemically synthesized to produce similar effects in the brain.

Now, the term opioid refers to the entire group of drugs that produce those effects – both opiates and opioids are now collectively called opioids. These drugs are commonly prescribed for all kinds of pain-causing conditions such as injury, surgery and diseases ranging from arthritis to cancer.

Opioids act on key brain functions to reduce sensations of pain – and the actions that make them so effective for pain relief also create conditions for abuse, addiction and even death. 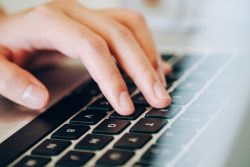 Tramadol can be purchased legally online.

These drugs stimulate the limbic system, which is responsible for emotions including pleasure. But they also weaken pain signals from the body to the brain and depress the central nervous system, which handles autonomous functions such as respiration, heart rate and digestion.

Over time, opioid users can develop a tolerance for the drug that leads to higher and higher doses and eventual dependence.  Opioid addiction in the United States outpaces addiction rates for heroin and cocaine combined.

Tramadol acts on the brain in ways similar to other opioid drugs, but it’s much less potent.  Its painkilling power is about one-tenth that of morphine, and studies of Tramadol for use in short-term situations suggest that when used alone, it simply doesn’t provide adequate pain relief in most cases.

Still, Tramadol can be an attractive option in some situations.  Unlike other opiates, Tramadol doesn’t appear to cause severe respiratory depression, which may make it useful for people who have lung or other respiratory problems.

It is possible to overdose on Tramadol, though. Overdosing is more likely if Tramadol is taken in combination with other drugs or alcohol, and users can develop a tolerance that leads to higher and higher doses and eventual dependence.

Quitting the drug abruptly can also cause typical opioid withdrawal symptoms such as nausea and flu-like symptoms, so doctors advise tapering down under medical supervision.

What Should I Expect from Tramadol Withdrawal Treatment?

Tramadol is available in many countries by prescription. But it can also be purchased legally online, which makes it more accessible for non-medical uses than other opioid drugs. Those who buy and use Tramadol in this way – or who abuse a prescription – may also combine this drug with morphine or another opioid to intensify the effect.

Tramadol is an opioid, but thanks to its origins in a test tube, it’s not a true opiate.  Still, tramadol acts as other drugs of its class do, and alone or in combination with other drugs it can be addicting and possibly dangerous.  If you’re concerned about using tramadol or other opioids, we can help.  Contact us at 800-584-3274 Who Answers? to find a treatment solution that’s right for you.