What is Opiate Tolerance?

Opiates, such as morphine or codeine help individuals with moderate to severe pain. Opiates derive from the opium found in the poppy plant and are natural pain relievers. Opioids, similar to opiates, are manmade substances that use opium, such as OxyContin and Percocet. A person who takes opiates for long periods of time will begin to develop an opiate tolerance whether through pure opiates such as morphine, or synthetic opiates such OxyContin.

Problems that Arise from Opiate Tolerance and Opiate Abuse 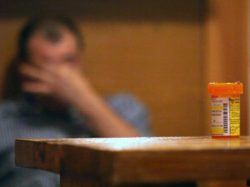 Tolerance to opiates causes you to take more of the drug to feel the same effects.

First, if a person is not prescribed opioids, such as OxyContin or Percocet, or is taking opiates illegally such as morphine or codeine, they are committing a criminal offense and if caught could face imprisonment.

In addition to the illegal nature of using opiates, when a person begins to develop a tolerance to the drug they will need more and more of the drug to receive the full effects. This can become extremely costly whether or not the person taking the drugs is getting the drugs prescribed to them or purchasing them illegally.

According to www.psychcentral.com, 100 people in the United States die from drug overdoses every day, and death rates as a result of drug overdoses have more than tripled since 1990. The CDC reports that nearly three out of four prescription drug overdoses are caused by opiates.

Opiates are a depressant that slows down’s a person nervous and respiratory system and if a person takes too much of the drug their heart and body can shut down leading to death or putting them in a coma. Opiates also block the pain signals from the brain causing a person to feel little to no pain. By blocking the pain signals and effecting brain chemicals opiates create a euphoric sensation to occur, which most people find pleasing; this is what leads to people abusing and becoming addicted to the drug.

Prolonged use of opiates will cause a person to suffer damage to their organs, such as their liver and cause a person to go through extreme physical ailments if they are unable to get their hands on the drug. If a person has formed a dependency to opiates, they should seek out help at a treatment center to stop further addiction from occurring and to stop their opiate tolerance levels from increasing.