When Heroin Abuse Turns into Heroin Addiction & the Need for Treatment

The heroin market continues to expand into new areas throughout the U. S., making the drug available and easily accessible to people from all walks of life. For many people, what starts out as a casual indulgence turns into a compulsive habit that becomes a focal point in daily life.

When heroin abuse turns into heroin addiction, major changes start to take shape within a person’s demeanor and overall quality of life. Understanding how this drug interacts with the body and brain can go a long way towards avoiding becoming yet another causality of today’s heroin epidemic.

Heroin, one of the strongest opiate substances in existence, has a chemical makeup similar to morphine. According to the National Institute on Drug Abuse, the brain actually metabolizes opiate-based substances into morphine whenever opiates enter the brain. Once metabolized into morphine, the brain treats heroin in the same way it treats its own neurotransmitter substances, which play essential roles in regulating brain and body functions. 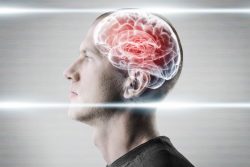 Treating heroin as one its own leaves the brain open to a range of adverse effects, the first of which takes the form of rising tolerance levels. The presence of heroin triggers a series of chemical interactions, forcing certain brain cells to release copious amounts of dopamine, serotonin and norepinephrine. This increase in production levels strains chemical producing cells, weakening their structural integrity along the way.

The heroin abuse cycle takes off from here as brain cells come to rely on heroin’s presence to function normally. At this point, users start to increase their dosage amounts in order to keep experiencing the “high” effects of the drug.

Before long, withdrawal effects start to develop out of the state of chemical imbalance within the brain and its increasing dependence on heroin. Under these conditions, a person enters into the heroin abuse cycle in an attempt to keep from experiencing uncomfortable withdrawal as tolerance levels continue to increase.

As damaging as the heroin abuse cycle is, it’s only but a precursor to the destruction that a heroin addiction cycle sets in motion. The heroin addiction cycle takes root inside the areas of the brain that form a person’s personality, motivations and drive his or her behaviors. According to the University of Utah Health Sciences, these changes result from damage done to the brain’s reward system due to the chemically diseased environment the brain has become.

The brain reward system gives high priority to any activities or experiences that increase dopamine neurotransmitter levels in the brain. Dopamine regulates pain and pleasure functions, which play a central role in maintaining a person’s overall survival from day-to-day. High levels of dopamine create the intense euphoria and calm that comes with a heroin “high.”

In effect, any activity, emotion or behavior associated with getting and using heroin becomes a top priority from the brain reward system’s perspective. These developments account for how heroin addiction becomes the focus of a person’s life, driving his or her choices from day-to-day and leaving widespread destruction in its wake.

Without needed treatment, a person’s life will continue to spiral out of control. If you or someone you know struggles with a heroin abuse or heroin addiction problem, please don’t hesitate to call our toll-free helpline at 800-584-3274 Who Answers? to speak with one of our addictions specialists. We can help you find a treatment program that will assist you in taking back control of your life.

The Dangers of Snorting Heroin and When to Consider Treatment Help