Nobody plans to become addicted to opiates. Many addictions begin with dependence on opiate painkillers prescribed after surgery or a major injury. Addiction to opiates can develop very quickly, as the body easily builds tolerance to the medication’s effects. According to the National Institute on Drug Abuse, an estimated 2.1 million U.S adults are addicted to prescription pain medication. An additional 467,000 are addicted to heroin.

Opiates attach to sites in the body called opioid receptors. These receptors are found in many parts of the body, including the brain, gastrointestinal tract and spinal cord. When someone takes an opiate medication, the drug attaches to the receptors and reduces their pain. Some people only take these medications for pain relief, but develop a tolerance and require higher doses.

Other people experience a high or euphoric effect after taking opiates. The intensity of the high feeling wears off unless you take more of the drug. People who like the euphoric effect of opiates—even if the drugs are initially taken for legitimate pain—are more likely to take more than prescribed. Doctors generally prescribe opiates only in limited doses and for short periods. Following new guidelines, many doctors are cracking down on opiate prescriptions in an effort to reduce future addiction. 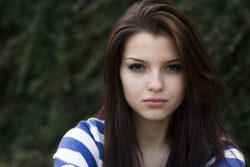 Many who become addicted to painkillers switch to heroin due to its affordability.

Some people who become addicted to prescription pain medication move on to heroin addiction. As prescription medication becomes harder to get and more limited in supply, heroin is often a more affordable and accessible alternative. Although prescription opiates are dangerous, heroin is even more so. Heroin carries a much greater risk of accidental overdose and death.

The Difference between Dependence and Addiction

The body quickly becomes dependent on opiates to feel “normal.” Once the opiate addict is physically dependent on the drug, tolerance will set in and higher doses will be needed to achieve the same effects. However, this can still occur during recovery from injury or surgery, and must be carefully managed by a doctor. Therapeutic use of opiates can be done safely with medical supervision and a step-down plan.

How to Recover from Opiate Addiction

Most people need help to beat opiate addiction. Because withdrawal is often so intense and uncomfortable, many need a supervised medical detox. Common opiate withdrawal symptoms include the following:

Many people continue to use suboxone and methadone for a more extended period after quitting use of opiates such as heroin and prescription pain medication. Suboxone is a combination of buprenorphine, an opiate, and naloxone, which counteracts the addictive properties of opiates. The presence of naloxone in suboxone blocks the opiate receptors, making people unable to experience a high feeling from opiates.

Methadone is a synthetic opiate that is also a pain reliever, but does not create euphoric or high feelings. Methadone works well to reduce discomfort during the detox period and may minimize drug cravings.

When you’re ready to break free from opiate addiction and live a healthier, more vibrant life, call the compassionate staff at 800-584-3274 Who Answers? .